Hardware Timestamp
The accuracy of the timestamp is as high as 100 ns. Users can use this function to synchronize captured video and audio. They can synchronize multiple capture channels of audio and video on different systems with the help of network.

Support Time Code
The cards can analyze the time information (hour, minute, second and frame) in HDMI signal output by Sony / Canon DSLR. The time code format the card can get is SMPTE. This function can be used to synchronize different input signals. 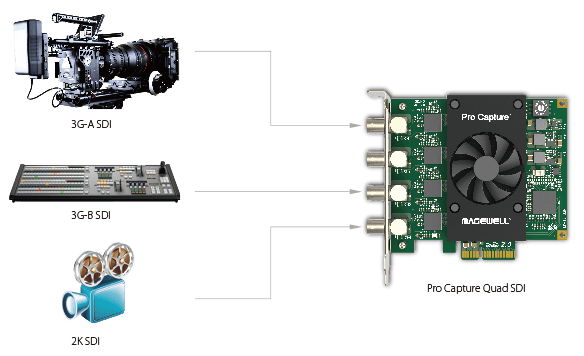 Support OSD of image, logo and caption
Software such as Flash Media Live Encoder and Windows Media Encoder do not have the function of OSD. With Pro Capture Family, users can save the investment in software but also overlay their logo on the video. If Magewell SDK is used, dynamic video can also be overlaid on the captured video. Any form of OSD is done by hardware, causing 0 CPU usage. 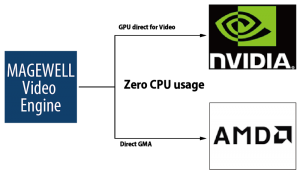 Low Latency Mode
Super-low processing and transmission latency down to 64 video lines. For example, the capture latency of 1080p 60Hz and YUY2 can be lower than 1 ms.

Superb User Experience - Auto detection of input signal
When users plug in the cable, the card will automatically detect the input signal and link the audio input with the video input. The signal format can also be analyzed. Users do not need to manually choose the video and audio to capture, nor select the resolution, frame rate, etc. 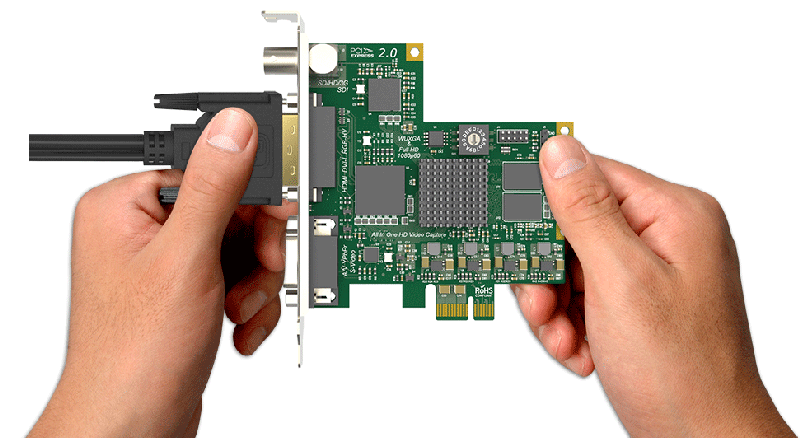 Multiple Cards on One Computer
Multiple Magewell cards can be mounted in the same computer and work simultaneously. Users can set the number on the rotary switch on each card. The number will appear as part of the name of the cards in device manager and video capture software. This function is especially useful when multiple same cards are mounted and the user wants to locate a certain card quickly.

Universal Driver
A universal driver and a firmware upgrading software are provided for all the cards in Pro Capture Family so users do not need to look for the driver/firmware for a certain card. Driver installation and firmware upgrading are automatic.