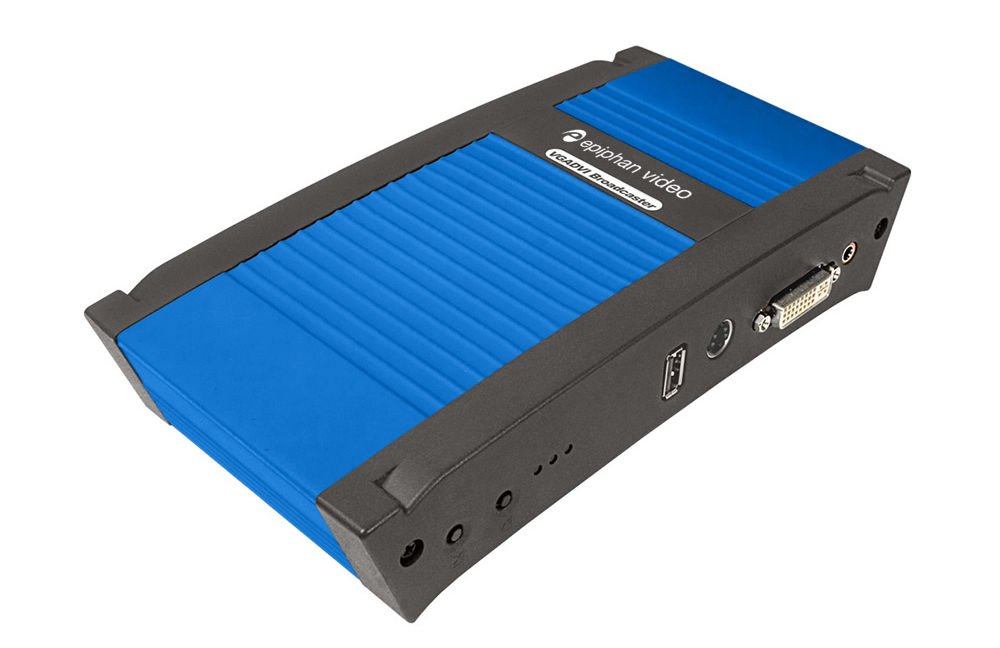 VGADVI Broadcaster™ captures HD video sources such as a computer monitor, RADAR display or ultrasound monitor as well as SD video sources such as a camera feed. VGADVI Broadcaster can stream these sources as two synchronized, time-stamped streams or a multi-source layout with customized branding. Streams can be remotely accessed through web browsers, media players, mobile devices or set-top boxes. Streams can be recorded to local storage and downloaded at a later date.

VGADVI Broadcaster is easy to setup and use, and works straight out of the box. Once configured, it does not require the use of a computer or any additional equipment – simply power it on to start encoding and streaming.

When you need to stream to a large local audience (within a LAN) without the use of a CDN or streaming server see our professional streaming and recording systems.

Easy access to external file storage
The VGADVI Broadcaster offers a variety of options for storing your recorded files:

Out of the box and ready to stream

Monitor your device on the go

The EpiphanConnect mobile application is available for both Android and iOS devices. This alternative to the desktop based discovery utility makes connecting to the touch screen friendly interface even easier by finding all Epiphan devices on the network.