USB Capture Plus Family - Capture Everything

USB Capture HDMI Plus
With a HDMI 1.4 interface, USB Capture HDMI Plus can capture signal from PS4, Xbox One, graphics cards, HD cameras (professional/sports/surveillance/video conference) and other devices. Max input resolution and frame rate is 4960 x2160p60 (4:2:0). It automatically down scale the video to 1080p60 for recording and streaming

USB Capture SDI Plus
USB Capture SDI Plus captures SD /HD /3G-A /3G-B/2K SDI signals from a wide range of devices like HD cameras (professional /surveillance /video conference), video switchers and so on. Max input resolution and frame rate is 2048×1080. It can deliver the captured video to the computer at up to 2048×1080.

USB Capture DVI Plus
The most versatile one is the USB Capture DVI Plus, which captures DVI, VGA, HDMI, component and CVBS. It is definitely an ideal tool if you have classic video/gaming equipment such as a DVD player, PS3, Xbox 360, or if you need to capture from medical imaging equipment with various resolutions. Max input resolution is 2048×2160. It can deliver the captured video to the computer at up to 2048×1080 or 1920×1200.

Interfaces and Typical Solutions
USB Capture HDMI Plus and USB Capture SDI Plus have an input interface as well as a loop through one, which enable monitoring the image while streaming/recording. Different audio input and output functions have also been added to the devices. 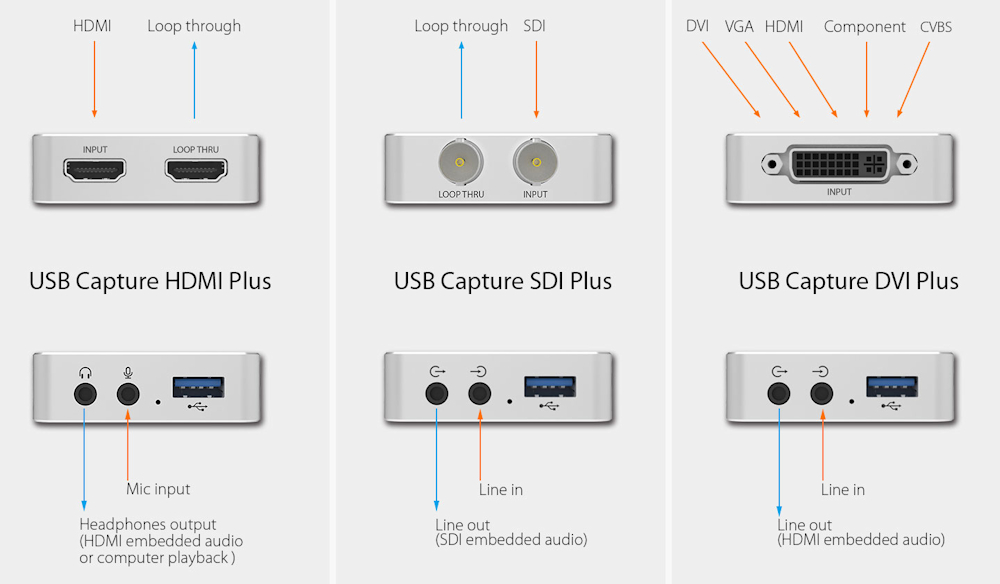 The USB capture devices can be used in various industries, for example, game/live events broadcasting and recording, video conferencing, medical imaging, and surveillance. You can use it to capture a video output device or the desktop of the streaming computer. 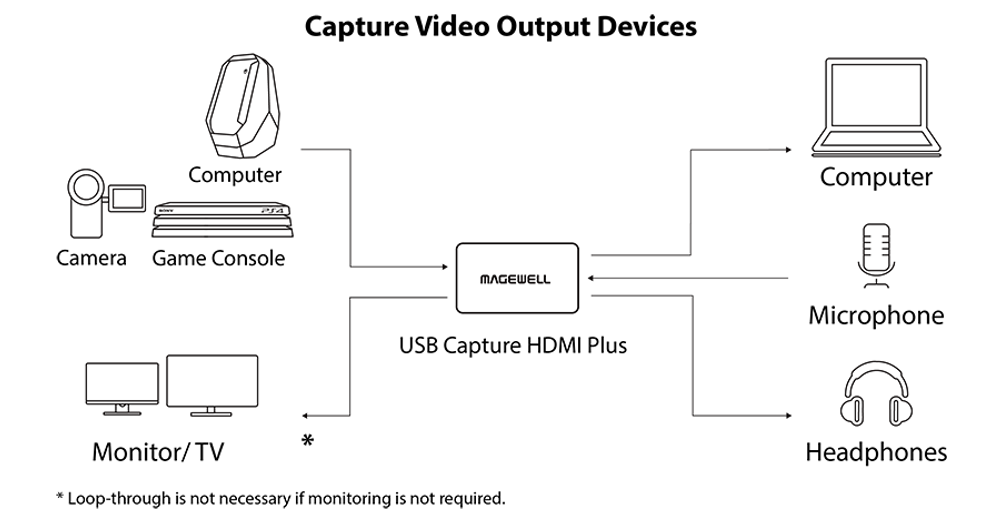 Yes, I can. Amazing Compatibility

1440p144 Game Capture
USB Capture HDMI 4K Plus support of 2560x1440p 144 input. Gamers can play at 144 fps and record or live stream the gameplay at the same time. Please check the Magewell blog to know more about how to use the device in this scenario.
* The captured frame rate cannot reach 144 fps due to the limit of USB 3.0 bandwidth 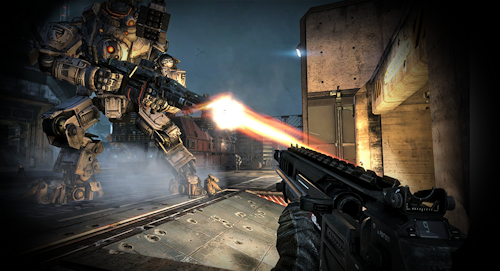 USB Capture Utility V3
Utility V3 is a free software for USB Capture and USB Capture Plus devices. Users can easily check and set the capture-related parameters, upgrade the firmware by themselves and export info needed for technical support with the help of
the Utility.

For detailed introduction of the settings and functions, please check the Utility V3 User Manual.